The Four Seasons, Four Colors project is a series of extended plays released by MAMAMOO representing each of their members; four members with four seasons. The project began in early 2018 with Yellow Flower (Hwasa's EP) and ended with White Wind (Wheein's EP) in 2019.

This is the simplified version of the Four Seasons, Four Colors discography. 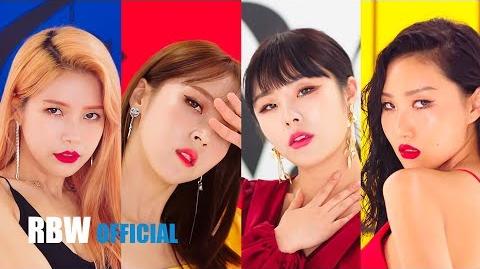 -Special- 4season and 4color
Add a photo to this gallery
Retrieved from "https://mamamoo.fandom.com/wiki/Four_Seasons,_Four_Colors_Project?oldid=6193"
Community content is available under CC-BY-SA unless otherwise noted.